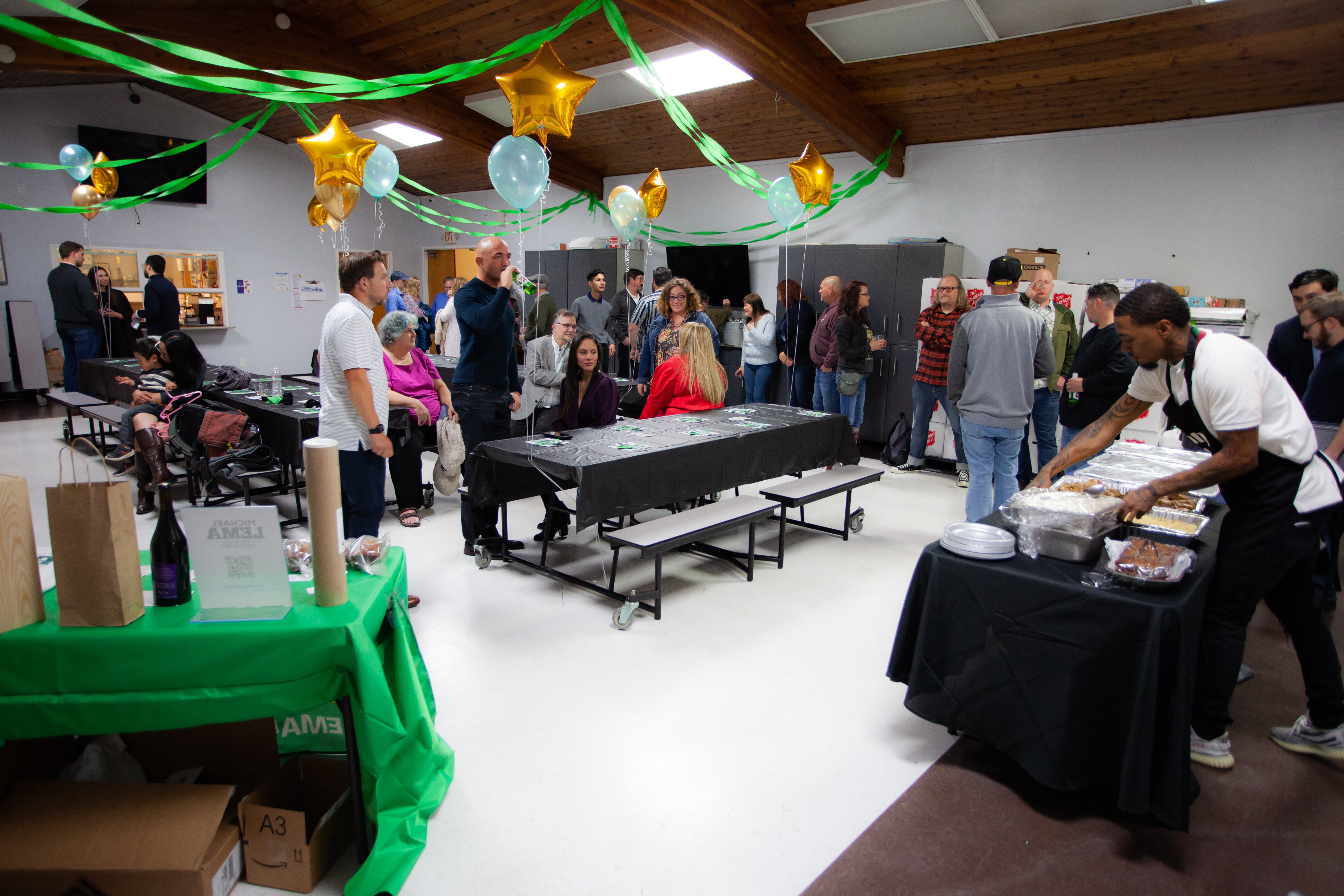 With our largest fundraiser yet, Michael Lema raised money from Libertarians around California.

Michael Lema, our own At-Large Executive Committee Member, is our leading 2022 candidate, and now our leading fundraiser for liberty! He announced his candidacy for Hayward City Council late last year, coordinated charity efforts such as our toy drive, and is starting to work with existing leaders to improve Hayward, even out of office! Finding success in polls and drawing a clear pathway to victory, he has picked up the support of the Libertarian Party of California and the LPCA Candidate Support Committee in his journey to city hall.
Last month, after the Libertarian Party of California Quarterly Business Meeting, Michael held a fundraiser for Libertarians around the state. Supporting the Salvation Army and local Hayward Businesses, party members and ordinary residents alike bought tickets to have dinner with Michael and discuss the city's future. Well over a thousand dollars was donated to advance the cause, and even if you missed the fun, you can still help add to the total and advance liberty at www.lema4hayward.us/donate.

Michael embodies our mission to win local, improve the lives of Americans with libertarian policies, and work our way up. He has pledged to get kids back to school, end mask and quarantine mandates, and work with the community, not against it, when it comes to policing, including creating a neighborhood watch program. These are local, winnable, libertarian issues, and his success is reflecting that; already, his candidacy has broken our candidate fundraising record and web traffic goalposts. If you want to get involved, you can help out Michael by donating to his campaign or signing up to volunteer.