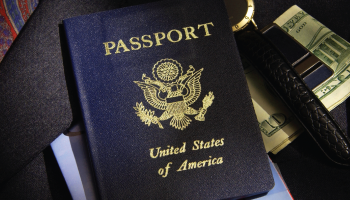 Libertarians seek a United States at peace with the world.

The United States relies too heavily on our military might in foreign policy. For more than a decade, our country has been waging active wars in the Middle East. This has left our military tired, with several thousand dead, and many more thousands wounded physically and mentally.

Imagine if China had a military base in Montana. Or Russia had a military base in Texas. How would Americans feel about that? We would likely feel insulted, oppressed, and mad. Some Americans would likely seek to actively opposed those bases. And the escalation would continue. That is what we have seen in the Middle East with our involvement there.

Libertarians believe that war is justified only in defense. We are opposed to a draft. If a war is just and necessary, Americans of all backgrounds will volunteer to fight it. We believe that a draft enforced by law is no different from slavery.

Libertarians believe that American foreign policy should focus more heavily on developing communications among peoples and finding peaceful resolutions to disagreements. We believe in maintaining a military that can defend us well if we are attacked and we believe part of that is ensuring that our troops are not so war-weary as they have been in recent years.