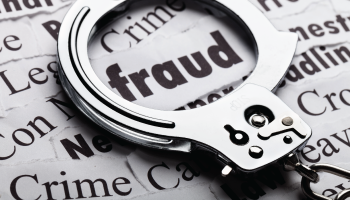 Libertarians believe that the existing justice system is seriously flawed.

One of the biggest problems we face today is that many things that should not be considered crimes are labeled as crimes. Worse yet, many of these actions are punished more harshly than are violent crimes.

Libertarians believe that the label of “crime” should be limited to actions of force or fraud against another individual or group. We believe that such crimes should be prosecuted and punished by our justice system but that actions that don’t involve force or fraud should not be criminalized or penalized in the first place.

We believe that ending the racist War on Drugs is an essential part of any plan to improve our justice system. Millions of people, disproportionately people of color, are arrested, jailed, and given a criminal record because they voluntarily chose to consume something. Not only is it immoral for the government to decide what is and is not acceptable for people to consume, criminalizing drugs does nothing to reduce the scourge of drug addiction and abuse. The War on Drugs hurts the people we should be trying to help and diverts criminal justice resources away from prosecuting actual crimes committed against people and property. For more information on Libertarian opinions on the War on Drugs, visit here.

Libertarians also believe that our current justice system has many punishments that far outweigh the crimes committed. We believe that punishments should be proportional to the crime committed and should be fair and humane. Prison systems across the country are commonly reported in the news for their terrible living conditions. Libertarians believe this must change. All people’s rights matter, whether they are incarcerated or not. Our prisons need to be as safe, clean, and humane as possible.

Additionally, our justice system currently sets up former inmates for failure. When someone is released from prison, the goal is for them to find a steady job, stable living situation, and avoid criminal activity. Evidence shows that overly long prison terms do very little to reduce recidivism and may actually make it more likely for someone to re-offend. Currently, recidivism rates are very high. These rates could be easily reduced by making prisons more humane (so that prisoners are not physically and psychologically traumatized by the experience), making sentences more reasonable and proportional to the offense, and welcoming offenders who have served their sentences back into society and the workforce.

In summary, Libertarians want to see crimes that are truly crimes prosecuted and punished. Libertarians also want behavior that does not involve force or fraud legalized and dealt with outside the criminal justice system. We want to see justice for victims and also justice for the accused and convicted. The rights of every person matter and we must not turn a blind eye to the rights of the accused or the convicted.